I play in an NL-only rotisserie baseball, modified ultra league that has been in existence since the 1980s. Though I’ve only been involved since 2008 it is an obsession.

We get standings updated through the most recent day’s action: 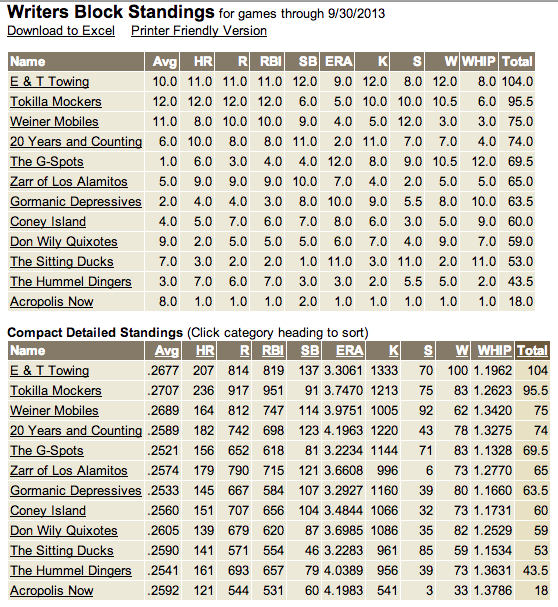 We get standings from an arbitrary date, set by the league commissioner, through the most recent day’s action: 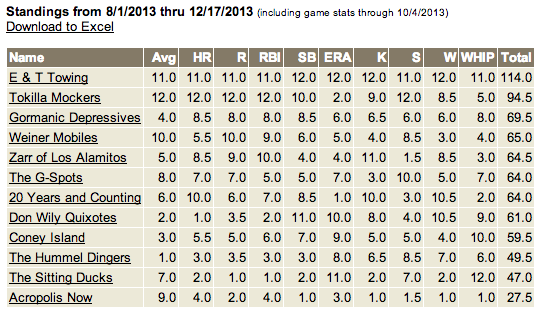 Once I had the data I put together two initial reports.

standings through an arbitrary date: 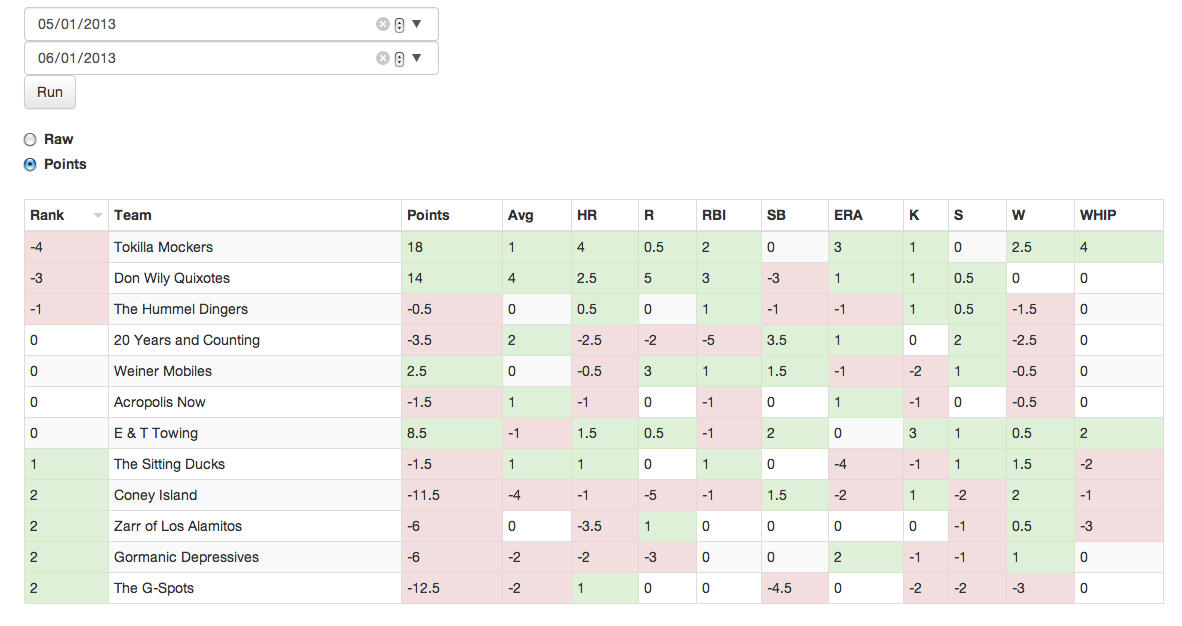 Check out the code. The site was originally hosted at: http://roto.tphum.us

what would come next

Rotowire makes available raw performance numbers for each team, historically (including previous seasons). Retroactively, every team’s daily totals could be collected and some interesting reports could be generated, such as: